Contest Details: Those who dream of being famous are now given a unique chance to see their face on a massive billboard in Times Square. Today, MovieHatch.com, the online entertainment venue where great film ideas and talent can be discovered and introduced to prominent players in Hollywood, announces the launch of its Times Square Your Face in Lights Contest.

The contest rewards one lucky aspiring actor, model, or dreamer the opportunity to have their face on an 80 foot billboard in Times Square this

MovieHatch.com was founded with the goal of breaking down the traditional barriers of Hollywood by engaging movie fans. MovieHatch online competitions allow this movie-going audience to participate in the decision-making process of Hollywood, ultimately bringing them films they actually want to see.

To achieve this goal, MovieHatch has partnered with an impressive roster of industry powerhouses, including the people behind such blockbusters as X:Men, Gladiator, Paul Blart: Mall Cop, (500) Days of Summer, Final Destination, Legally Blonde and many more. 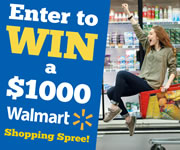 Add your contest to our growing database.

Submit Your Contest to our NEW database of internet giveaways.